The offices of Housing Service and BCC were found locked. When asked to open them, ACUR ‘management’ appointed by the Secretary (Lieve, Venkatesh) refused to open them, claiming it was no longer a public office.

Later in the morning a chain with lock was set up on the door by the same.

Reminder of what happened the days before:

On Tuesday 30th August, two Housing Board members were called into a private meeting with the Secretary of the Auroville Foundation. The topic of the meeting was the alleged non-collaboration of the Housing Board with AVFO’s ‘FAMC’. On the following day the Housing Board (Amy L. , Angela, Aravindh, Bharathy, Iyyappan, Rima, Venkat) were sent an email by the AVFO’s ‘FAMC’ with the following information: “We would like to thank you for your time and service. As per the office order, the new team is ready to start functioning in Housing from 31st August 2022. The members of the new team are: Aryamani, Banu, Donata, Pietro, Saroja, Uma Melin, Venkatesh.”

The Housing Board responded to this email on the same day, noting that they had not seen any Office Order. They also responded to the verbal allegations made in the meeting of Tuesday the 30th that they had not been collaborating, and asked the AVFO’s FAMC to provide reasons for this move and sufficient notice in writing. The Housing Board has since been locked out of their inboxes and Google Drives.

The Working Committee has condemned the attempted takeover in a message to the community. 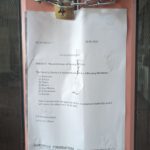 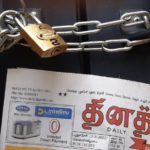