For several weeks there has been a call for presence at the Abri Ami corner, due to encroachment and development on Auroville’s and Micheal Bonke’s land. The WC of the RA, Micheal Bonke, and the Land Board have each made complaints with the anti land-grab cell in Villupuram, as well as other authorities. The Collector has allegedly requested Mr PKS, the speculator, to halt all his activities on the site and requested that another survey be conducted.

However, on Thursday 1st of September the same individuals who came to encroach the land of Evergreen came back to build a wall despite the agreement that was previously done with the Aurovilians in charge of the land and the Auroville Land Board that nothing will be done until a proper survey has been completed. T

The police stated that we need to get a stay order via the courts and that he couldn’t prevent the party from building, and that after Monday the party will restart work if such an order is not produced. While the Land Board seems committed to taking the matter to court now, filing a case and obtaining a stay order may take a few weeks. 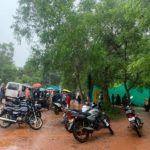 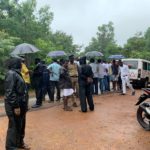 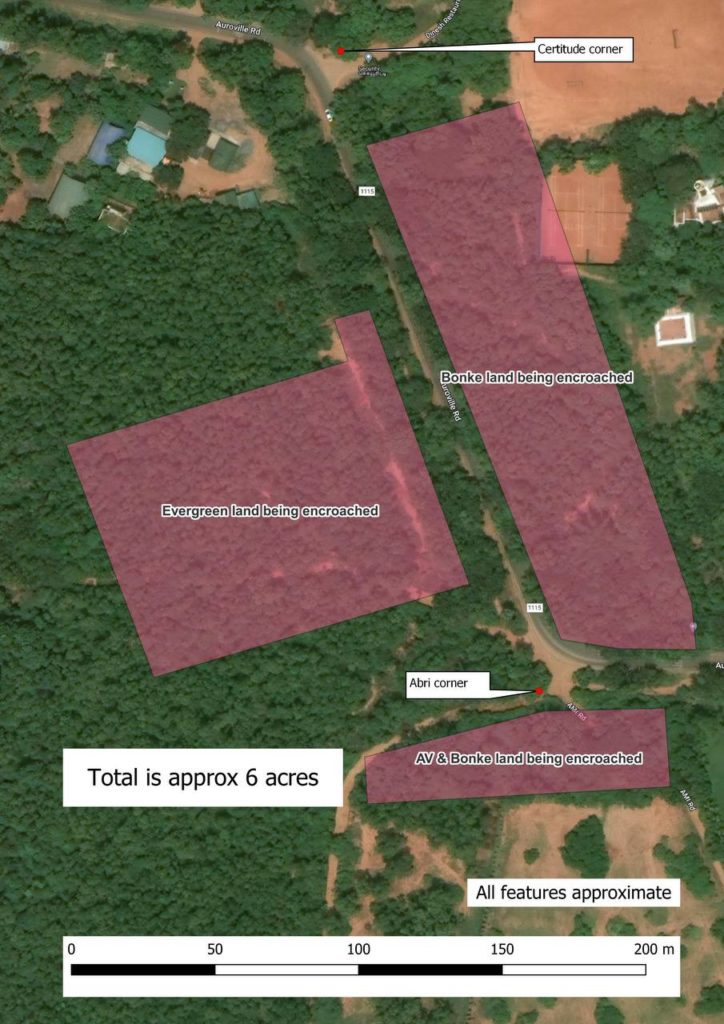