The RAS registered 864 valid votes. It is the second highest turnout for a Resident Assembly decision ever, following the previous one on the implementation of the Crown. The outcome of this RAD clearly shows that the Residents’ Assembly does not support the Working Committee members who are not accountable to the community. It is important to remember that the results of the vote are not personal, but rather an attempt to move towards a Working Committee that upholds the voice of the Residents’ Assembly. 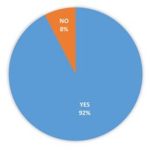 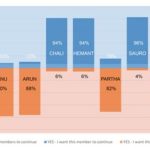