In addition to removing without notice a large section of road between Bliss-Horizon last week, on 26th July a section was also removed on the road by Sante. In both areas, this means that 4-wheelers including school buses and ambulances are unable to pass and motorized 2-wheelers are redirected to the cycle paths, causing potential hazards to cyclists. Removing 2 important sections of road simultaneously and without any warning to the community indicates a lack of planning and awareness as the push to ‘get things done’ before the 15th of August continues. 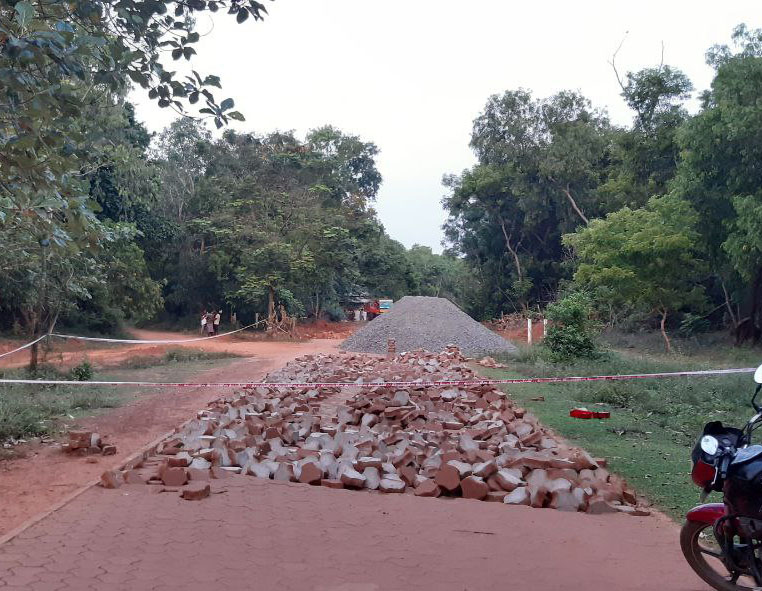 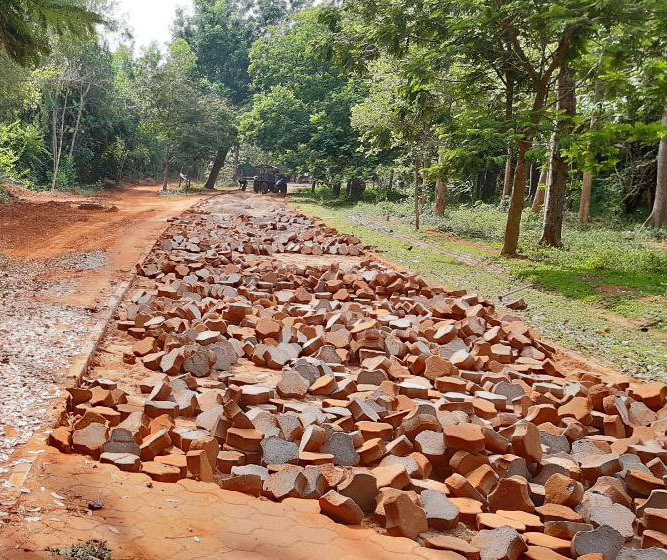 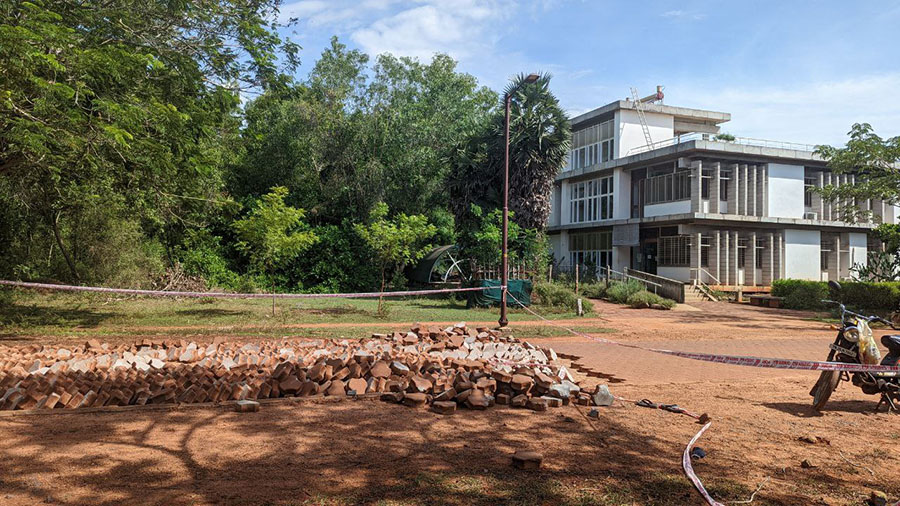 Road between Solar kitchen and Surender – by Sante