OUTCOME OF THE EMERGENCY RA DECISION-MAKING PROCESS
TO APPROVE THE RESOLUTION OF THE RESIDENTS’ ASSEMBLY No. RAD/04/2022

Here are the results of the Emergency RAD (voting), called by the Working Committee of the Residents’ Assembly, on the following Resolution RAD:04:2022. The summary of the topic of this Resolution is as follows:

“We, members of the Residents’ Assembly of the Auroville Foundation, agree to pass a resolution that states that we, as one of the authorities of the Auroville Foundation as affirmed by the honorable Madras High Court, confirm that orders (Office Orders, Standing Orders and any other form of orders) from the Office of the Secretary and her appointees are not the result of a collaborative work with the RA, and have been issued without consultation with or approval by the Residents’ Assembly, and affirm our support for the groups and appointees by the RA”.

A total of 1161 valid votes have been submitted online and in-person. The number of participants exceeded the 10 per cent quorum required to validate the decision (239 votes)*.

* – Based on data received from the Residents Service, the total adult population of our community eligible to participate in RADs (age – above 18, confirmed Aurovilians) is 2386 (as of the month of August 2022).

The number of participants in this emergency RAD (a total of 1161 Aurovilians) is three times the average participation in RADs for the past 6 years. 49% of all Aurovilians eligible to vote (2385 total) participated in this emergency RAD despite the fact that many Aurovillians were temporarily out of station, or unable to cast their vote due to the takeover of auroville.org email addresses. This RAD also saw nearly 500 participants physically casting their vote. 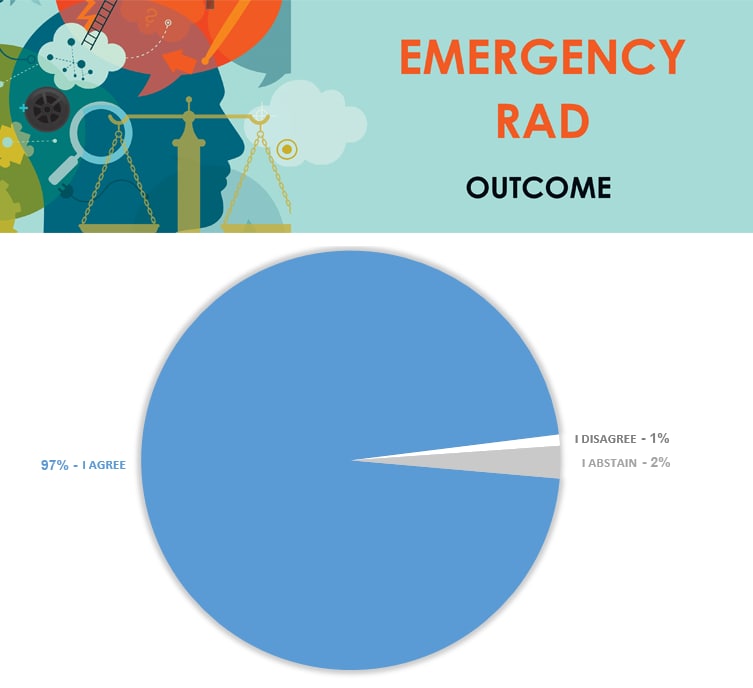