Bulldozers leave the Foundation office with members of the ATDC, escorted by many police officers, and head to Bliss Forest to complete their work of uprooting trees in the middle of the night. Youth Centre (YC) residents rush to stop their advance. Extra police officers have already erected multiple roadblocks at all access points, to stop other concerned residents from reaching YC and Lilaloka entrance. The police arrest some of the Aurovilian teenagers, including a girl. A few dozen Aurovilians manage to reach the site through the forest, some assaulted by the police as they do. The arrested youth are eventually released. Two members of WC – a committee that is supposed to represent the interests of the residents – arrive on site. 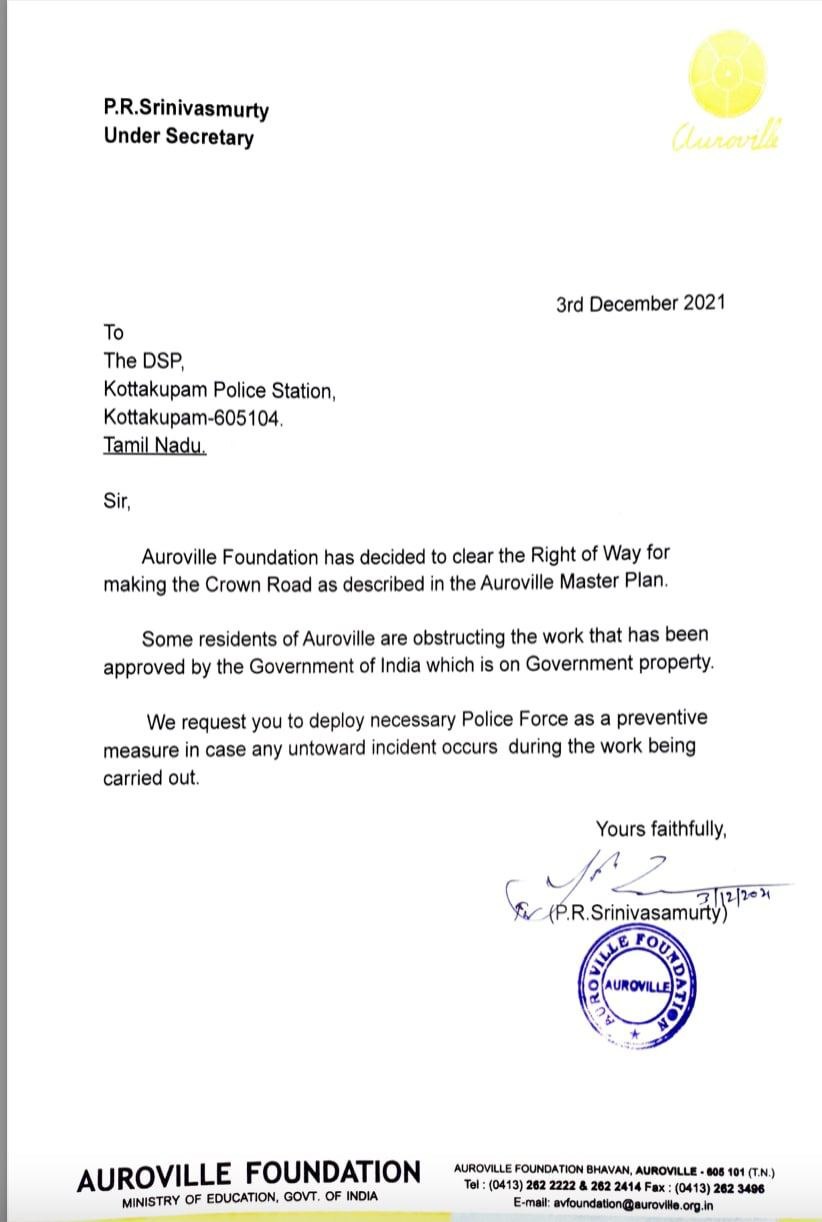