This website aims to contribute to the community-aligned campaign – Stand for Auroville Unity – and provides resources to help people understand the current conflict around urban development and self governance in Auroville.

The judgement from NGT 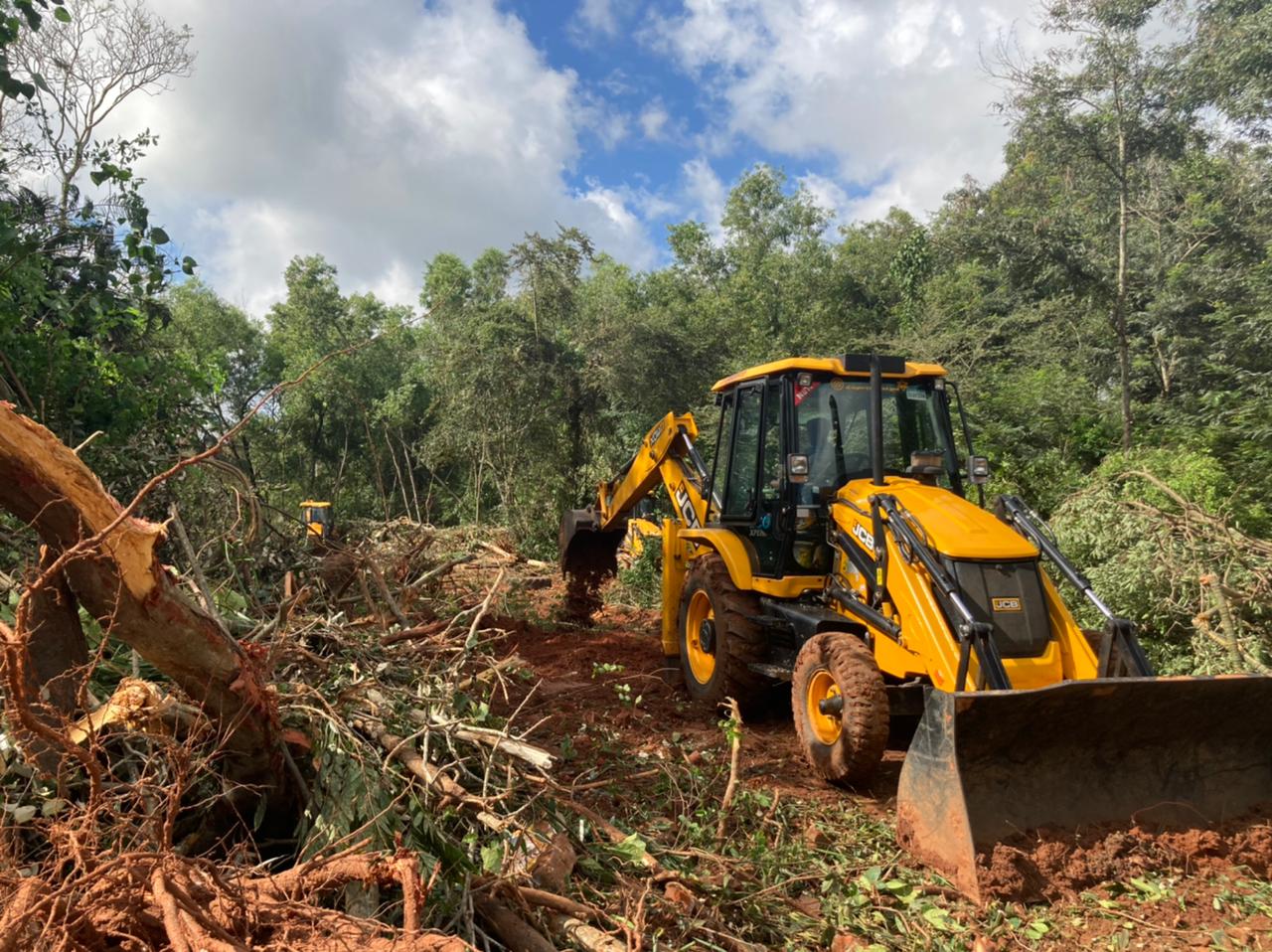 Most recent updates, for a complete timeline, visit the timeline page.

A list of acronyms is provided at the bottom.

Past events that lead to where we are today.

Misuse of Auroville.org. emails: After the communication sent by the illegally appointed FAMC requesting the community to add to their email’s signature the logo of…

The illegally appointed FAMC has sent a communication to the community requesting everyone to add the logo of the G20 to their email signature. This…

Destruction of Auroville roads continues. Despite a loud communication in the medias by the Secretary’s office that they are building the city and the crown…

The Auroville activities under the umbrella of KK trust, one of the trust under which are activities managed by Aurovilians for Auroville have been informed…

GB meeting held in Chennai without informing residents In a major break with precedent and protocol, the Auroville Governing Board met last week in Chennai…

What is going on in Auroville?

Future of this community famous for advancements in sustainability, social development, education, and more threatened by the Secretary’s destructive intervention in once-peaceful town and bioregion

Residents call for international support and action as the new Secretary continues a campaign of deforestation, intimidation, and forceful takeover despite court rulings from India’s National Green Tribunal and Madras High Court.

Auroville is the world’s oldest international intentional community with the purpose of realising human unity by exploring different ways of living and structuring development. Founded in 1968 by Mira Alfassa, the French spiritual collaborator of Sri Aurobindo, one of India’s most prominent philosophers, Auroville is the only international project in the world protected by its hosting nation through an Act of Parliament. It is now home to more than 3,000 residents from 60 countries. The vision of Auroville is defined in its Charter which was endorsed by 124 countries at the time of the city’s inauguration. Since its founding, Auroville has served humanity as a pioneer in sustainable living, urban planning, development and education, and governance. To learn more about Auroville, visit https:auroville.media/what-is-auroville..

What is the conflict about?

The future of the world’s oldest international conscious city is now in an existential crisis following the appointment of a new official, Dr Jayanti Ravi, to the position of Secretary of the Auroville Foundation, whose authoritarian takeover of Auroville’s administrative network, decision-making processes, and finances undermines the community’s 54 years of peaceful and progressive self-governance and development.
Starting with the felling of trees and built-up structures in December 2021, Auroville has been faced with an escalating, divisive conflict as Dr Ravi forces a rushed urban development while brushing aside the community’s established decision-making processes and critical concerns, such as the protection of Auroville’s famous forests , water catchments, and community centres. Despite orders from the National Green Tribunal to halt all work until an Environmental Impact Assessment is done, and orders from the Madras High Court ruling that the Secretary cannot make decisions and take actions without respecting the community’s legitimate decision-making processes and wishes – all during a time when India loses 14% of its forests every year, according to Global Forests Watch – Dr Ravi’s destructive campaign continues with no end in sight.
Furthermore, Dr Ravi’s actions infringe on the rights, personal safety, and well-being of the Auroville residents as she threatens and hinders the immigration process for foreign residents — including those who have lawfully lived in India for decades— and uses police intimidation and harassment to proceed with the deforestation. Dr Ravi’s measures to enact a total takeover of all aspects of Auroville governance, including seizing the community’s lands and assets, which have been funded by individuals and international donations for over 50 years, as well as the community’s fund for which residents raise money through commercial activities and mandatory monthly contributions, also threaten the physical and financial security of the city.
Contrary to Dr Ravi’s claims that Auroville has not realised any significant achievements, the community’s 54-year history is full of groundbreaking experiments and milestones that benefit both local residents and countless individuals, organisations, and communities worldwide.

What is Auroville’s decision-making process? How is its governance unique?

Auroville functions under a unique legal framework, enacted by the Indian Parliament: the Auroville Foundation Act (1988).  The Act recognises the decision-making role of the Residents’ Assembly (which consists of about 2500 adults in 2021). The Residents’ Assembly and government-appointed Governing Board (represented in Auroville by the Secretary of Governing Board of the Auroville Foundation) are meant to work in harmony together while being interdependent. The Act aims to ensure that there is a balance of power and responsibilities between them. For example, in relation to the Master Plan, it’s understood that neither body has the right to veto the other; decisions should be integrated and brought to cohesion.

However, in recent months, the Secretary of the Governing Board has overridden residents’ concerns and the ongoing collaboration on compromises and is now forging ahead with its selective interpretation and imposition of the Master Plan, and rapid urban development that is not collaboratively planned or ecologically sensitive. The Working Committee of the Residents’ Assembly, a group of seven residents whose role is to assist the Residents’ Assembly in carrying its duties, currently has some members who seem to privilege an authoritarian approach over the inclusive and participatory community processes.

Auroville is based on the evolutionary vision of Indian philosopher and seer Sri Aurobindo, the integral yoga. It was started in 1968 by the Mother. Auroville wants to be a universal town where men and women of all countries are able to live in peace and progressive harmony above all creeds, all politics and all nationalities.

In recent years, a few community members have developed more extreme views about the Mother’s wish to build a ‘city of the future’. They believe that the execution of the Crown as a ‘perfect circle’ is essential to hasten Auroville’s spiritual development. This crystallised view of the future city contrasts with the approach of many community members who believe that a ‘city of the future’ should be flexible and evolve with time. These underlying disagreements appear to be purposefully amplified by some, to serve disparate agendas.

Auroville is a place “where men and women of all countries are able to live in peace and progressive harmony, above all creeds, all politics and all nationalities. The purpose of Auroville is to realise human unity.”
As a member of the Auroville community, I cherish these values and the work we have to do together, whatever the challenges.
I reject violence, threats & actions which undermine community processes and our collective work.